Ryan Taylor lives in Morley with his wife and two children. He currently works as a train driver for Northern Rail. Ryan served 10 years in the British Army, as part of the Royal Engineers, and actively got involved with the Conservative party after his service.

Ryan helped a lot during the 2019 General Election campaign and in his spare time, Ryan enjoys travelling, watching rugby, and keeping fit with triathlon, snowboarding and hiking. 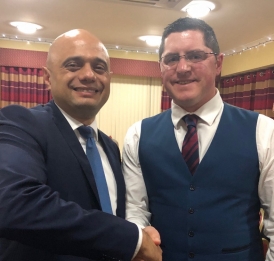