Time For An Adult Conversation? 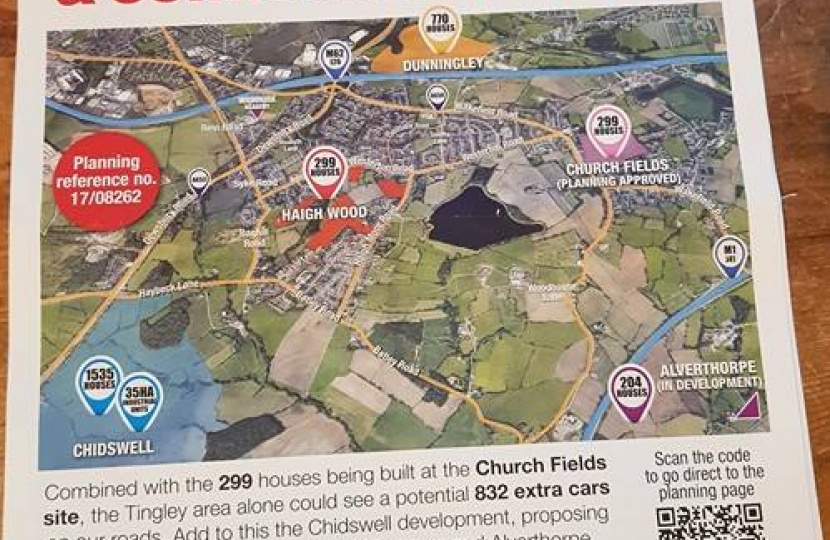 We are your Ardsley and Robin Hood Conservative Proposed Candidates for the forthcoming Local elections in May.

First we would like to express that we too are are fighting to stop the planned housing application in and around Haigh Moor road. We had representatives at both recent public meetings and have been so impressed with our community’s display of determination, passion and knowledge. The efforts of the group so far have been magnificent and the argument is strong, we sincerely hope our community wins the argument.

On the 29th of March 2017, your current elected Labour representatives were asked to vote on allowing the land around Haigh Wood to be made available to developers. In that vote your Labour representatives voted in favour. In that same vote, the elected Conservative representatives around Leeds, as well as many of the other political groups, voted against. The Conservatives have constantly made the case for a substantially reduced housing plan that would have saved many of the green spaces that are now being destroyed. Because we have a Labour run council in Leeds, they chose to continue with their plan to build 70,000 homes. There was a subsequent review which now establishes that 55,000 houses would be enough for the City’s needs, but it appears that any of the original 70,000 plots are up for grabs and we are now beset with a situation that defies comprehension by us and the people in our community. We have been let down and taken for fools.

We now see our local Labour Representatives, the very people that voted to allow Haigh Wood to be built on, calling meetings to help fight the development and pretend to be against the plan. And yet they attempt to outflank us with a divide and conquer process that leaves each individual neighbourhood around Ardsley and Robin Hood, fighting to save their community and protect services. The fact that the very people offering to help put out the fires raging around our community, are stood with the box of matches behind their backs is pure cowardice. Any individual that askes to become an elected representative of the community must be able to account for their actions and when they vote on the people’s behalf, they must take responsibility. Our Labour Councillors failed to represent us in that vote last year and now it’s time for us all to make judgment on them in the local elections in May. We need to show our anger at their failure to put the community’s wishes above the demands of their Labour party leaders and throw them out of the jobs we elected them to do.

We are deeply conscious of the sensitivities surrounding the politics of this very local issue but feel that we had to post this on your Facebook group aslocal politics is far too often ignored by the people that are most directly impacted by its consequences. Previously, less than a quarter of those eligible to vote in our community have turned up to vote in local elections, and we all need to consider our part to play in the forthcoming election on May 3rd.

So whatever your political beliefs, now is the time to take direct action and avoid being the victim of poor representation. It’s now time for our community to stand up, as West Ardsley Action Group and others are doing, and make sure you vote on the 3rd of May!

However you vote, make your voice heard. We will be your fresh voice in local politics,