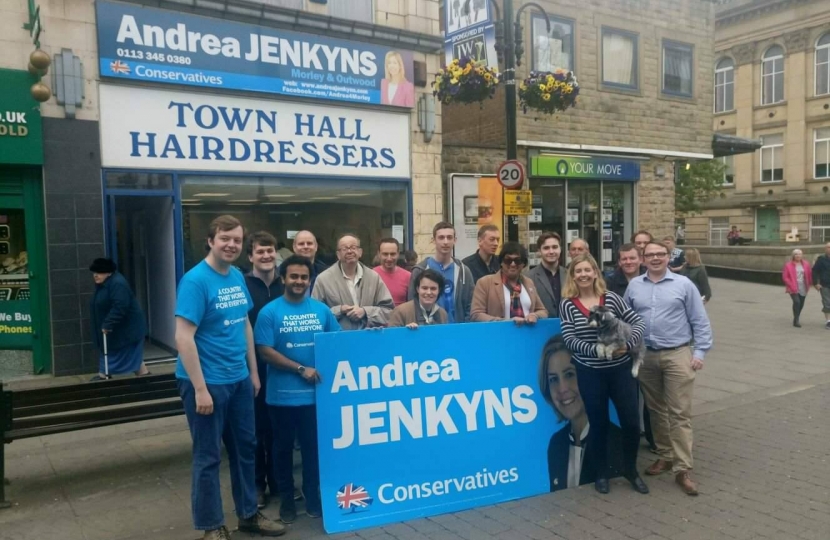 Without doubt the biggest decision during this parliament occurred on Thursday 23rd June, 2016, when the British people decided to take back control and leave the EU. However, since the referendum I have been hugely disappointed by opposition MPs on the Labour, Liberal Democrat, Green and SNP benches who have tried to reverse the people’s democratic decision to leave the European Union.

I was a proud leaver. I always thought that Britain would be better outside the EU - responsible for our own decisions, with control of our own money, boarders and sovereignty. But we must not forget that we are yet to leave the EU. There are two more years of negotiations until we leave and it is vital we get the right deal for Britain.

We need this election now to secure the strong and stable leadership the country needs to see us through Brexit and beyond.

I therefore welcome today’s decision and I am proud to be a Member of Parliament for a party that thinks our best days lie ahead. I want to see us building new relationships, a truly global Britain that looks to new markets and sees new opportunities for trade. We need to look beyond the borders of Europe and re-establish relationships with the Commonwealth and emerging markets that we have neglected for too long.

I want to see a more secure and united nation, establish Britain as the strongest country in Europe, in economic growth and national security, and provide real opportunity for all.

Because of these reasons I welcome today’s decision to call a General Election on the 8th June and I look forward to hopefully representing the people of Morley and Outwood in the next parliament.

Thank you for reading,

We are proud to announce that our local MP, Andrea Jenkyns, has been reelected with 50.7% of the vote and has increased her majority from 422 to 2104.

Andrea Jenkyns has been re-selected as the Conservative Parliamentary Candidate for the constituency of Morley and Outwood for the 2017 General Election.